The Global Architecture of Planetary Systems

GAPS is an Italian project that investigates several open issues in the field of exoplanetary science by making use of HARPS-N open time.

GAPS is a long-term program for the comprehensive characterization of the architectural properties of planetary systems as a function of the hosts’ characteristics (mass, metallicity, environment).

The goal of the project is to take advantage of the unique capabilities of the instrumentation at the TNG to study the origin of the diversity of planetary systems, shaped by variable degrees of orbital evolution, exploring uncharted territories in the realm of planet formation and evolution with emphasis on the innermost regions.

The GAPS collaboration was set up at the end of 2011 in response to a solicitation formulated by the INAF Science Directorate to optimise the science return to the community of the HARPS-N @TNG open time. Several observing programs were carryed out since then, also in combination with the NIR spectrograph GIANO-B@TNG (GIARPS configuration), that GAPS members contributed to design, test, and optimize.

Starting from AOT35, thanks to the availability of GIARPS@TNG, the GAPS program has been upgraded to study the origin of the diversity of planetary systems, including early stages of planetary formation and evolution. In order to reach this ambitious objective we have identified a series of key phenomena that produce observable tracers of a) the environmental conditions at the formation time, b) the variable degrees of its subsequent dynamical evolution, and c) the role played by the properties of the central stars. Such diagnostic tracers can be measured directly and homogeneously now with GIARPS, exploiting its unique O/IR spectroscopic capabilities on well-defined target samples.

After a demonstration phase performed during AOT36, a 5-years Long Program (GAPS2) addressing these objectives has started in AOT37 (April 2018) at TNG. Further 34 nights have been allocated for the semester April-September 2023.

Ancillary Guest Observer programs with similar science goals are also carried out with HARPS@ESO 3.6m, including TESS candidates in the austral emisphere. Follow-up of TESS alerts in the boreal emisphere will be carried out at TNG starting with the AOT40 period (Oct 2019). In 2019, expressions of interest have been presented also for the future exploitation of PEPSI@LBT and SOXS@ESO-NTT.

The scientific goal of GAPS till AOT 34 (March 2017) was understanding the architectures of planetary systems and their properties. The adopted strategy was manifold including an ambitious program to search for new planets (discovery surveys) around stars with well-defined characteristics and a program aimed to investigate the diversity of structures in known planetary systems, exploiting the outstanding capability of HARPS-N to detect and characterize telluric planets around main-sequence stars. The two approaches were complementary and both relevant to attack in a comprehensive way the question of the “Global Architecture of Planetary Systems”. GAPS was therefore a balanced combination of discovery and characterization observations. Not surprisingly, immediate results were more promptly achieved by the second ones, while new discoveries and very good candidates were announced later on.

In July 2014, a collaboration agreement was signed between the GAPS Consortium and the EXOTEAM Spanish Consortium (Institut de Ciències de l’Espai de Catalunya, ICE, and Instituto de Astrofísica de Canarias, IAC), for a scientific coordination and optimization of observing time at the TNG, and subsequent data exploitation (HADES project).

Science ideas have been initially presented at the “Exoplanetary Science with HARPS-N” meeting held in Padova in November 2011, to build a national project aiming to afford the theme of “Global Architecture of Planetary Systems” (GAPS).

Status of publications and observing programs

To date, the scientific production of the GAPS project amounts to 51 refereed papers, 3 submitted to refereed journals, and many others in preparation. The search of planets orbiting M dwarfs has been carried out in the framework of the HADES project, a collaborative effort between the GAPS Consortium, the Institut de Ciències de l’Espai de Catalunya (ICE), and the Instituto de Astrofísica de Canarias (IAC). 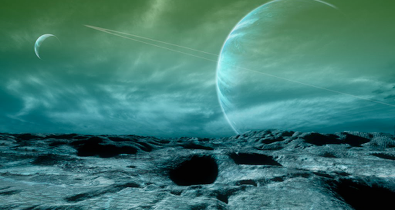 The team includes many young scientists in their early career, as well as PhD students. Up to date 11 PhD projects have been completed and 6 are in progress.

Coordinated by a Chair, who changes yearly, with the support of a Board and a Science Team, daily science operations are carried out by sub-teams who plan the observations, taking into account synergies with other facilities, make data analysis and work on their interpretation. A GAPS -GTO coordination office supports coordination with the GTO program carried out with HARPS-N by an international team. Project management, and management of the three main science themes are part of the daily activities.

Collaboration on specific aspects of the program are going on with international teams.

Do you have questions about GAPS?